If you're new to CAA, we invite you to tell us about yourself here. This is the place to post your own bio or read up on other members. Be as in depth as you like!
Post a reply
15 posts • Page 1 of 1

Hey, I'm new here and looking forward to meting everyone and stuff. Anime and Christianity has always been a REALLY unusual combination; to make things weirder, I'm also a hardcore equestrian (horse rider). And in my life, I've never met anyone (IRL anyhow) who shares any two of those three. But I'm not picky and just happy to chill with everyone

I'm new as well, and was quite shocked to find the anime/christianity combo in others, but here we are!
Starters:

Favorite Anime Character?
Favorite Passage of Scripture/Bible Verse?
" And he who was seated on the throne said, â€œBehold, I am making all things new.â€ 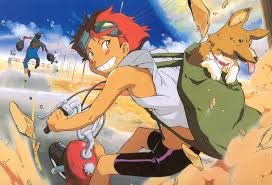 We're all weird my friend, in our own special way.
Oh, and another Canadian on this site, from Toronto also.

What are your favorite:

You don't have to be weird to join this site. But it helps!

hey, welcome aboard! I'm pretty weird too, anime/christianity and just plain strange sometimes. I like horses, though I've never really ridden one.
What's it like?
Favorite anime?
"Show me thy ways, O Lord; teach me thy paths. Lead me in thy truth, and teach me: for thou art the God of my salvation; on thee do I wait all the day." Psalm 25:4-5

Okay, the best anime of ALL TIME is definitely The Melancholy Of Suzumiya Haruhi. It's got a bit of everything; laughs, adventure, mystery, sci-fi, and just really awesome characters. Even a healthy dose of philosophy crammed in for good measure! Also a huge fan of Neon Genesis Evangelion, which is a futuristic mecha type show, but it actually is a Christian storyline.

Manga... I started reading High School Of The Dead, but it's been on indefinite hiatus. A bit more fanservice than I like (okay, a lot more) but I've always been a fan of zombies (Walking Dead rocks!) and the characters are pretty real, considering the less than realistic situation they're in.

But, I also really like this lesser known series called Mysterious Girlfriend X. It's refreshingly innocent and romantic, with characters you can't help but cheer for lol.

Gaming... hm, I play Warcraft, mostly when I'm trying to avoid studying. Not a huge gamer though.

Oh and yes, if anyone has the slightest interest in horses, please feel free to let me know. I'm addicted to riding them and almost as addicted to convincing people they're the best thing ever

I'm looking forward to getting to know the community!

Greetings from one fan of Evangelion to another.
(You also like Walking Dead and Girlfriend X so you get bonus points with me.)
I'm pretty certain you will enjoy this place.

DarkNozomi (post: 1596604) wrote:Oh and yes, if anyone has the slightest interest in horses, please feel free to let me know.


Although I don't have any advanced horsemanship skills, I did work as a professional wrangler one summer, so . . .

Western or English?
Is there any particular equestrian sport you know or participate in? (dressage? show-jumping?)
Any breed(s) you're particularly fond of?

Oh, and by the way, Eva is awesome as well.
Let others believe in the God who brings men to trial and judges them. I shall cling to the God who resurrects the dead.
-St. Nikolai Velimirovich

Kaori (post: 1596637) wrote:Although I don't have any advanced horsemanship skills, I did work as a professional wrangler one summer, so . . .

Western or English?
Is there any particular equestrian sport you know or participate in? (dressage? show-jumping?)
Any breed(s) you're particularly fond of?

Showjumping all the way

And I'm particular towards Oldenburgs because I've always shown on them at the higher levels, but for some reason I love Arabs as an all around fun ride.

You were a wrangler? For a rodeo? How cool

Nope, just at a camp. By "professional" I merely meant that it was paid work, not volunteer.

I don't think I've ever worked with any Oldenburgs; the vast majority of our herd was run-of-the-mill American Quarterhorse.
Let others believe in the God who brings men to trial and judges them. I shall cling to the God who resurrects the dead.
-St. Nikolai Velimirovich

Oh and i love your avvy btw
"People need fear, we experience it so we can grow stronger"-Maka Albarn

Welcome! I hope you enjoy this site like I do!
Love Momma Flower @}~~,~

Users browsing this forum: No registered users and 28 guests